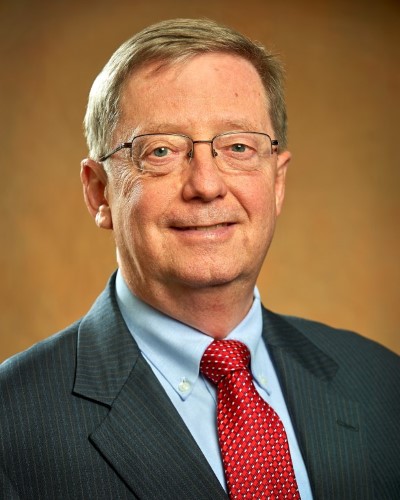 This email address is being protected from spambots. You need JavaScript enabled to view it.

Amos Goodall has been practicing law in Centre County since 1976, and is currently affiliated with the eldercare and special needs planning firm of Steinbacher, Goodall & Yurchak. Amos is certified as an Elder Law Attorney (CELA) by the National Elder Law Foundation (NELF) of which he is currently serving as President. Amos also serves on the Elder Law Certifying Exam Drafting Committee. He is a Fellow both of the American College of Trust and Estate Counsel and of the National Academy of Elder Law Attorneys (NAELA), and is a member of the Special Needs Alliance, an organization of leading elder law and disability law attorneys located throughout the country. Amos is a contributing author for Lexis Nexis “Tax, Estate & Financial Planning for the Elderly” and “Tax, Estate & Financial Planning for the Elderly: Forms & Practice”. He has been recognized as a pre-eminent attorney by Martindale-Hubell since 1992 and has been named as a Pennsylvania Super Lawyer in the area of Elder Law by Philadelphia Magazine every year since that category was created. Amos has been recognized for a number of years in the list of Best Lawyers in America in the practice area of elder law, and this year was identified as the Best Elder Lawyer in central Pennsylvania. In 2016, Amos was appointed to the Advisory Council of the Center for Excellence in Elder Law at Stetson University College of Law. Amos is a member of the PA General Assembly–Joint State Commission on Decedents’ Estates Laws; The PA Bar Association, Lawyers Concerned for Lawyers, Inc., Board of Directors; The American Bar Association, Military Pro Bono Project, “Operation Standby”.

A 1974 graduate of Fordham University School of Law, he has practiced and been involved in the Centre County community since 1976. During that time, he has worked in a variety of matters from capital murder defense cases to class action prosecutions. His current clients include municipalities, banks and credit unions, large landlords, a retirement community, several homeowners associations, a number of businesses and many individuals. He is also solicitor to the Fraternal Order of Police Organization which includes central Pennsylvania police personnel.

Mr. Goodall is a certified Elder Law Attorney by the National Elder Law Foundation and is a member of the National Academy of Elder Law Attorneys. He advises persons and families with estate planning concerns, competency issues and estate administrations. For a number of years, he was solicitor to the Register of Wills. He was awarded an Estate Practice certificate by the Pennsylvania Bar Institute. Mr. Goodall was elected as a Fellow of the American College of Trust and Estate Counsel by the College's Board of Regents. He is the only Centre County lawyer to be so honored.

Mr. Goodall's practice has included a number of cases of first impression, including, in 1978, the first proceeding under Pennsylvania's then-homicide by vehicle law, in 1992, the first proceeding under Pennsylvania's current guardianship law, and in 1999, the first proceeding before the Pennsylvania Charter School Appeal Board. He is frequently in Court on estate, probate and competency matters. Mr. Goodall has clerked for a number of judges including a New York City Criminal Court Judge (now NY Supreme Court Justice), a Federal Magistrate (now U.S. District Judge, S.D.N.Y.) and the Chief Judge of the U.S. District Court for the Middle District of Pennsylvania. Mr. Goodall studied at the American College in Paris, University of South Carolina and is a 1970 graduate of Franklin and Marshall College.

Mr. Goodall has extensive involvement in community affairs. He has been solicitor to the Centre County Youth Service Bureau since 1977 and to the Centre County United Way since 1988. His community service awards include (1991) Pennsylvania Bar Association Pro Bono Service Award, (1992) Centre County Youth Service Bureau R. Paul Campbell Award, (1996) IOLTA Board Recognition Award, (2000) Clearwater Conservancy Award for Thompson Wood Project. With his children, he has been involved in serval international projects.

A frequent lecturer on ethics and Elder Law topics, Mr. Goodall was a member of the Pennsylvania Judicial Inquiry and Review Board and is a Hearing Committee member for the Pennsylvania Disciplinary Board.