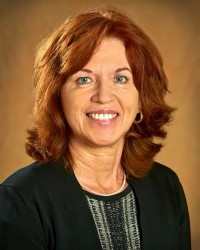 After years of intensive litigation, we are proud to share the news that student-athletes were successful in obtaining more opportunities for female students in team sports at Lock Haven University.

The student-athletes, represented by the Women’s Law Project and Kathleen Yurchak of Steinbacher, Goodall & Yurchak, brought the lawsuit under Title IX of the Education Amendments of 1972, the federal law that prohibits sex discrimination in federally funded educational programs. Title IX requires equity in athletic participation opportunities, scholarships, and treatment.

“We’re so pleased that our collective efforts have resulted in progress toward equality for female student-athletes and that Lock Haven has agreed to increase the number of athletic opportunities available to female athletes and to equalize the conditions under which they play,” says Terry L. Fromson, managing director of the Women’s Law Project.

“All of the student athletes that brought this lawsuit showed tremendous courage in their decision to pursue this arduous litigation in order to level the playing field for the athletes coming up behind them,” says Kathleen Yurchak of Steinbacher, Goodall & Yurchak.

Plaintiffs sought immediate relief to prevent Lock Haven from implementing announced changes to the women’s swim and field hockey programs that would irreparably harm the teams. They also sought equitable athletic opportunities and treatment for women throughout the athletic program as a whole.

Resolution
Lock Haven made multiple commitments as part of the settlement including:

- LHU will support, promote, and recruit for the women’s varsity tennis, wrestling and golf teams with the goal of adding 30-35 additional women student athletes by the end of 2021-22.
- LHU will continue to support the three new women’s varsity teams, wrestling, golf,and tennis, with University allocated financial resources for scholarships and recruiting.
- LHU will sponsor a women’s Division I varsity team for as long as LHU sponsors a men’s Division I varsity team.
- LHU’s Athletic Department administration in collaboration with Student Auxiliary Services (“SAS”) will inform LHU’s female students at the beginning of the next two academic years, 2020-21 and 2021-22, of the available participation opportunities in women’s club teams, including the opportunity to establish formerly existing club teams such as the women’s rugby club.
- LHU will allocate unrestricted athletic scholarships and waivers to the women’s varsity teams by allocating financial assistance to the women’s teams substantially in proportion to the percentages of women varsity athletes.

It’s unfortunate it took two and a half years of intensive litigation to accomplish goals long required by Title IX.

The outcome, however, will benefit Lock Haven’s women athletes for years to come.

The Women’s Law Project is a public interest law center devoted to defending and expanding the rights of women, girls, and LGBTQ people in Pennsylvania and beyond.